Huawei MediaPad M5 specification on the network. It promises disappointment

Not long ago I wrote for you about the parameters of the Huawei MediaPad M5 screen, although at that time I was still thinking about it as an M4. I simply forgot that in China, manufacturers traditionally bypass this iteration – because of superstitions. The name is obviously not the only novelty that I have for you – today we learned a bit more about the specification and release date of the new tablet from Huawei. Let's answer the question – will the Huawei MediaPad M5 be worth buying? 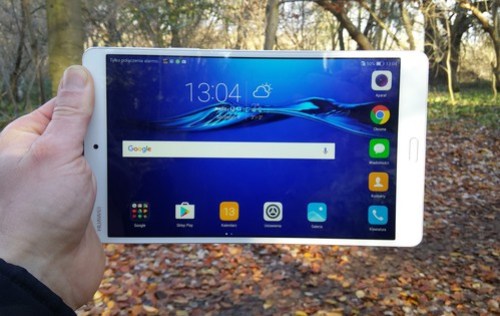 Let's start with the screen. As earlier rumors said, it will have a great resolution of 2560 by 1600 pixels. Now we also know that, just like in the predecessor, the Huawei MediaPad M3 diagonal will be only 8.4 inches – when the Huawei Mate 10 Pro has 6 inches I think that it is not enough to comfortably watch TV series and Internet browsing. It is a pity that the Chinese did not decide on a slightly larger screen, so the tablet could be an interesting alternative to the iPad Pro. If the diagonal decision of the screen only surprised me a bit, I do not understand the processor that I used – according to the information available on the network, the Kirin 960 will be on board – it is quite a productive unit, but it comes from flagships from the end of 2016. and then he went to the Huawei P10. At the time when Kirin 970 is already on the market, I do not see the point in mounting another processor for the tablet that is supposed to be the flagship one. The RAM memory will be 4 GB, so it is enough for a comfortable work, but again you could complain that it is not 6 GB, which is slowly becoming the standard in the highest price range. The whole will work under the control of Android Oreo . The last new information concerns the release date – this is to take place at the CES 2018, ie at the beginning of January . Will Huawei MediaPad M5 be a sales hit? Looking at the specification, I sincerely doubt that Huawei will fight for customers with a price. Source: phonearena