We know the appearance and capacity of the Huawei MediaPad M5 battery. It will be a good tablet

CES 2018 is behind us, and Huawei still has not updated its flagship tablet. Another opportunity for the premiere is MWC, which will take place at the end of February. The rationale for such a date is more, but I will give you two reasons, which in my opinion are the most important. The first is the delayed debut of the flagships from the P series smartphones. The second is the tablet's certification of the FCC. https://www.tabletmaniak.pl/235516/specyfikacja-huawei-mediapad-m5/ The Huawei MediaPad M5 will probably make its debut in the coming month. Until now, we had information about the processor – Kirin 960, which is slightly disappointing in the light of its release date – the end of 2016. We also know that the Huawei will be a 8.4-inch tablet with a high resolution screen – previous rumors were 2K. Today, we can add 4980 mAh battery capacity to this set and its charging speed – in the set there will be a 9V / 2A charger, which means that we can count on quick energy replenishment in an emergency. Although it may not be as important in the context of the tablet as in the case of a smartphone, it's nice that the manufacturer took care of this opportunity. The tablet will be working on Android 8.0 Oreo right out of the box, but this is expected and expected after the flagship device from 2018. 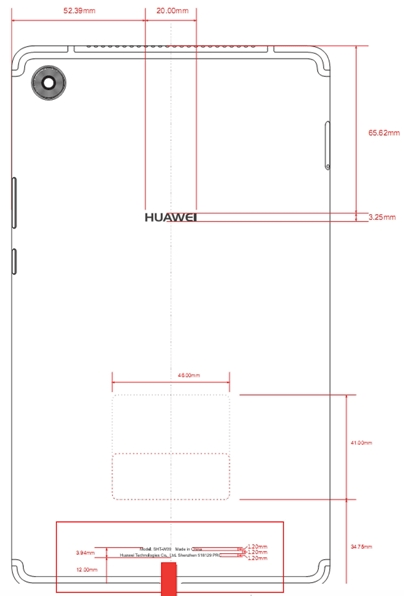 On the above sketch you can see what the Huawei MediaPad M5 will look like. In principle, we will not find anything unusual here – the only thing that stands out is the SIM card slot. The antenna strips have been integrated into the lower and upper edges, which means they will not be striking. I am more interested in how the device front will look – will frameless screens also go to tablets? The proportions of the screen do not look like 18: 9, but the very idea of ​​the tablet does not force the change of proportions at the thinner edges. Another thing is how it will affect the convenience of the grip. Do you think there is still room for expensive, flag tablets on the market? Source: gizchina