The iPad X looks great, but would it be practical?

The premiere of the new iPad Pro or X, because it's hard to say how Apple decides to name your top tablet, is fast approaching. Recently, Michał wondered when the debut would take place and concluded that it will take place in autumn 2018. I think it is likely, but at the same time I am not convinced that the Cupertino company will want to divert the attention of the industry from the three new iPhones that will debut in September. Personally, I'm betting on June . 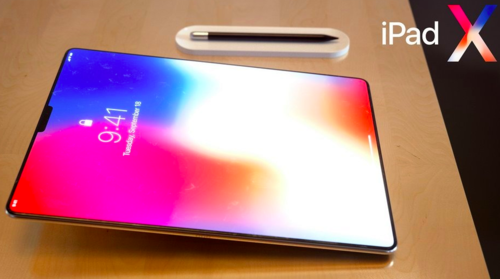 On the above renderer you can see what iPad Pro looks like according to one of the fans. At the top there is a notch in the screen that debuted with the launch of the iPhone X in 2017. As far as the area where the sensors are located, including those used to unlock the device with FaceID, it probably looks like the frames surrounding the display are simply unbelievably thin. I've had a few tablets in my life and I can not imagine that a certain grip of such a construction would be possible at all. https://www.tabletmaniak.pl/235896/apple-nowy-ipad-premiera/ The change of the method of unlocking the iPad also indicates the lack of the Home button , in which it was usual to be a TouchID fingerprint reader. From the wishes I have personally to the new tablet from Apple, I would also choose a screen made in OLED technology – those used in the iPhone X were very appealing to me. From the information that can be regarded as reasonably sure, we still have the presence of a separate chip responsible for artificial intelligence. This solution has already reached the last generation of smartphones from Apple and will certainly be among the components in the iPad – at least in the Pro version. Source: notebookcheck